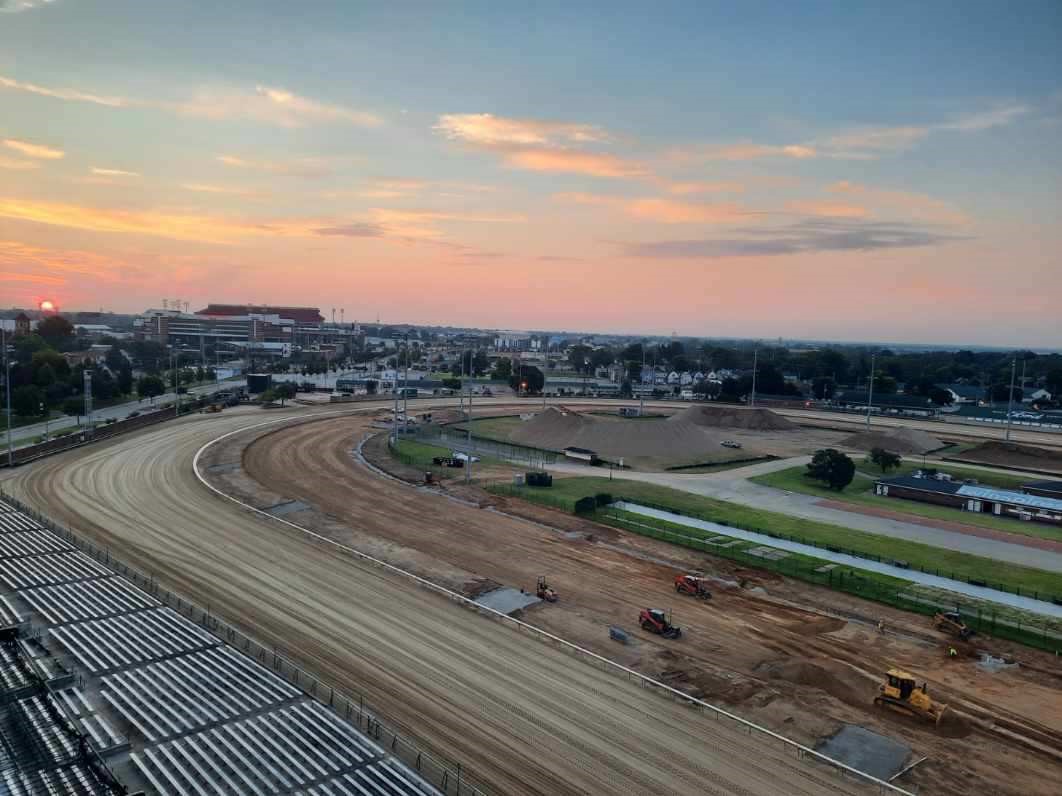 The current Matt Winn Turf Course, a 7/8-mile oval situated inside the one-mile dirt track, is the original surface when grass racing debuted 35 years ago at Churchill Downs in 1985. It is comprised of four-inch high Kentucky 31 Fescue (90%) and Bluegrass (10%) grown in a three-inch topsoil layer over a 13-inch course masonry sand base.

The new and more robust turf course will be a similar blend of fescue and bluegrass and will have a redesigned subsurface. The growing medium will contain a six-inch upper root zone layer created with a blended mix of topsoil and grit sand which will sit on a six-inch lower sand layer constructed with masonry sand. Churchill Downs planted several test plots in the spring of 2019 and selected the best for use in the new turf course.

The current track, which is 80 feet wide, was designed with a crown that runs down the center of the track to facilitate drainage, limiting the number of running lanes.

The new turf course includes a new state-of-the-art irrigation and drainage system, will be widened to 85 feet and be designed to use the full width and banking in the turns. The new course will provide multiple rail movement options with the capacity to accommodate four racing lanes that range from 0 to 36 feet out and as many as 14 participants per race.

Calhoun served as the construction manager for this renovation. 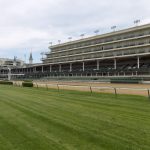 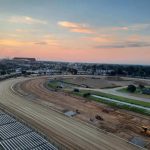 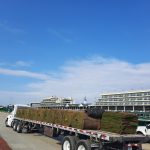