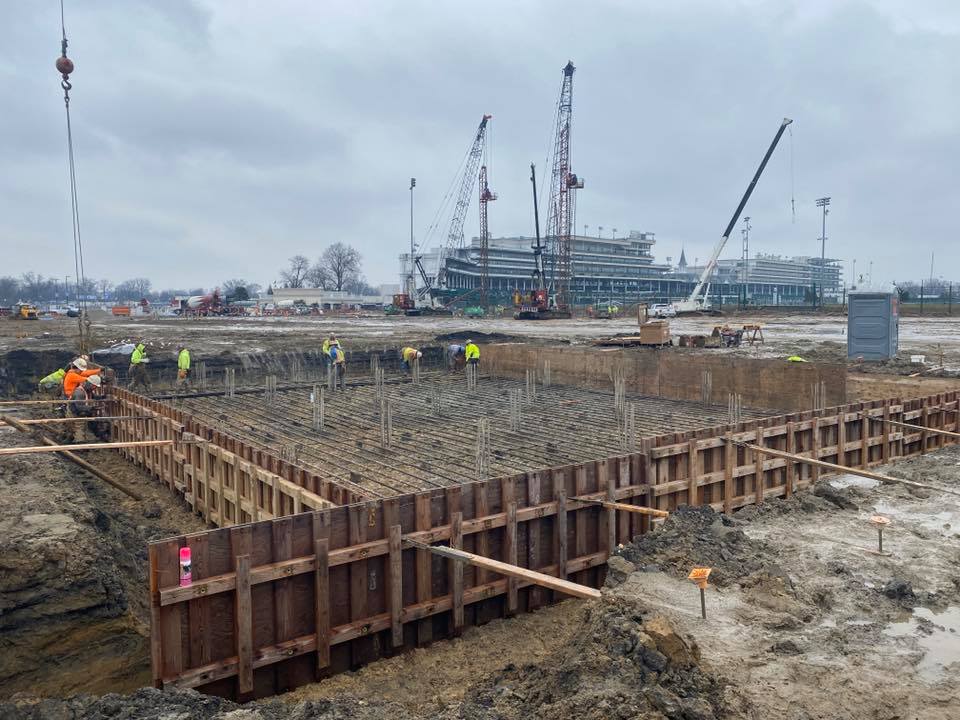 “Churchill Down Turn 1” is a new, seven story (with one intermediate level) entertainment and hospitality facility with covered permanent stadium seating, hotel, and historical racing machine (HRM) facility in the first turn at the legendary Churchill Downs racetrack. The first-floor level HRM includes state-of-the-art gaming floor, sports bar, VIP lounge and multiple year-round dining venues. There is an intermediate or mid-level between the first and second level for Back-of-House functions to serve the guests. The second-floor level is the 27,000 sq. ft. ballroom and meeting rooms that have access to the 2nd floor party deck to watch racing. On level 3 is an additional party deck and the Hotel workout facility. The 156 hotel rooms are on the four levels, 3 through 6, and feature trackside suites, which will offer private balconies and covered panoramic views of the entire tack, as well as non-track facing rooms. The trackside suites convert to observation suites during the Kentucky Derby. The top (seventh) level is a penthouse Banquet Room and additional observation decks.